As a massive San Diego St (+100) homer, it is an exciting time of year for Mountain West basketball. The Mountain West cannibalized itself by forcing its bubble teams to play canceled games against bad teams for no reason at all. Now, San Diego St is the only team looking at an at-large bid. Colorado St (+375) might be in. Tournament setup is pretty basic. 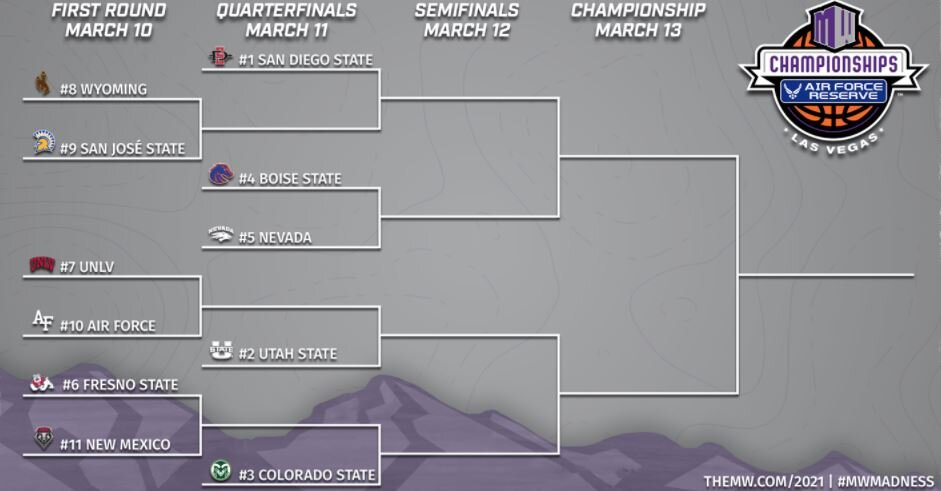 While many view this as a 4 team race, I think Nevada (+2500) is very overlooked here. Much like an Eric Musselman team, transfers have elevated this team to success, giving SDSU all they could handle, sweeping Boise St (+450), and beating Colorado St in their one matchup. SDSU is the clear best team, with their losses to Utah St (+260). Utah St grabbed a home sweep of the Aztecs, granted the second game was played without Matt Mitchell. Seeds 8-11 mean nothing to me in this tournament, but Wyoming (+5000) did go on a hell of a run in last year’s tournament.

Kings of the Conference: SDSU

The Aztecs have been on a heater, beating up on the weaker teams + Boise St in their final 11 games of the season. As biased as I may be, I think this is one of the more underrated teams in the country, not quite being put in the mid-major conversation with Loyola-Chicago. I see them as a backend top 10 team due to their suffocating defense and ability to kill teams from three.

All credit to the other three, but for the price, I love the Wolfpack. I think the starting lineup is very talented, and while depth may be somewhat of an issue, Sherfield, Washington, and Cambridge present many problems for opposing teams.