Loyola-Chicago (-190) and Drake (+350) have been mid-major darlings all year, and now they prepare to transition to the best conference tournament nickname, “Arch Madness.” The bottom four seeds play-in to reach the quarterfinals, where they will have either Loyola or Drake waiting for them. All games will be played in the Enterprise Center in St. Louis, Missouri. Drake is on the bubble, but Loyola is likely in for sure, so Drake needs to power through injuries to build their case.

The slept on storyline of the Missouri Valley Conference all season long has been injuries. Northern Iowa (+4000) lost AJ Green, the preseason conference player of the year, in their third game and now Drake, who assumed the role of contender to Loyola’s crown, have been ravaged by injuries, losing point guard Roman Penn for the year, and star Tank Hemphill. Defending champion, Bradley (+3300), has battled injuries and suspensions to their frontcourt, and in their final game, they beat Drake with only six scholarship players. Missouri St (+800) has been very steady, but did get swept by both Loyola-Chicago and Drake. Indiana St (+1400) is a team I have been higher on than the market for the majority of the year. They have beaten Loyola, so they have proved themselves a little, but are otherwise exposed by more talented front courts and size (see Purdue, Saint Louis). 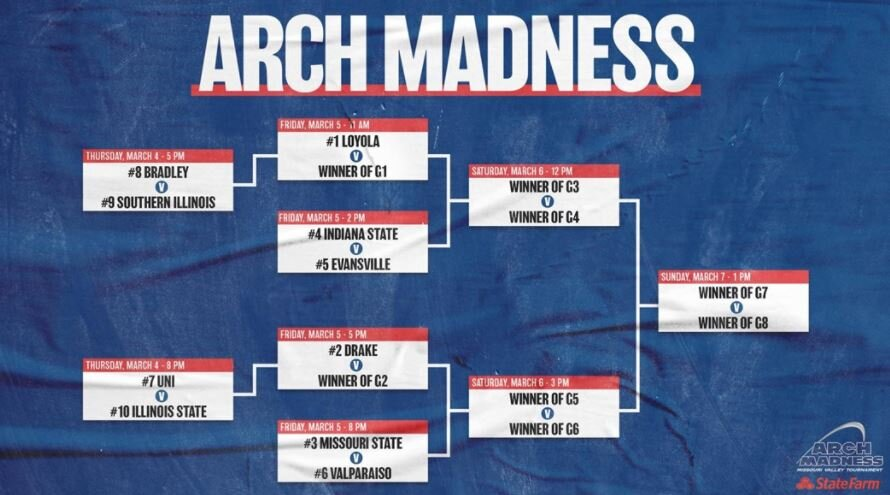 Kings of the Conference: Loyola-Chicago, Drake

Loyola-Chicago is experienced and very talented with Cameron Krutwig leading the way. Porter Moser’s squad has pretty comfortably cruised through their schedule, but I carry significant reservations about them. They have remarkable defensive efficiency ratings, but the offense is weak. They split with Drake (who was without Hemphill in those games), and lost to their other two challenges in Wisconsin and Richmond. I think this team is very overrated, and could be a great first round fade in the tournament. I have done a complete flip on both of these teams since they first played. Since Roman Penn went down, Joseph Yesufu has been an absolute dynamo in his stead, averaging 25 points a game the final five games. Darian DeVries has been one of the most impressive coaches of the year, and has his team peaking with the chance to add one of the most talented players in the conference back to the lineup.

I am only including Indiana St here because I think they are mispriced. They have previously beat Loyola, which is promising seeing as they draw them in the semis should they beat Evansville. Tyreke Key is one of the more underrated players in the conference and does have killer tendencies that could carry the Sycamores through the tournament. One could say that he is the “key” for a potential automatic bid. Sorry. Had to.

This has turned into a Drake fluff piece, but if Hemphill returns, I’d make the price +150. Without him, I think this is a much better team than they are being given credit for. Indiana St is more of a flyer that I feel like I am obligated to take because of how high I have been on them. Best of luck!